This is the exciting story of persons, a passion for the sea, and the discovery of the trimaran in America, which turned upside down the life of Børge and our family. The story of the struggle for widespread acceptance of these amazing trimarans.

The story is depicting the journey of a family business in which development and experiments with new designs and methods of construction have been a constant factor. Many fantastic and great people have been involved with Dragonfly, and they have all left their mark on the company enforcing good Danish traditions.

Last, but not least, this is the story of a small family business on the hill by the fishing village of Skærbæk. Based on stability, stubbornness, courage, drive, and the love of sailing, it has gained worldwide renown and has made sailing an even more exciting playground.

Quorning Boats was founded in 1967 by Børge Quorning with the aim to build safe high quality trimarans with high performance and to set new standards in sailing. Today, Quorning Boats is still located in the same place, where Børge and his brother Bent began it all in the late 1960’s – in the little village of Skærbæk in Jutland, Denmark. Since then, the company has expanded its factory several times and bought adjacent buildings – adding storage space and production capacity. By the summer of 2014, Quorning Boats has built 1,031 boats over a period of 46 years, hereof 699 trimarans. Every boat in production is built on order, causing some wait for the new owner, but, in return he gets a boat built according to his needs.

Today, Quorning Boats employs around 50 people and builds more than 50 custom-built trimarans each year. This is a solid platform that allows Dragonfly to dream and plan. The company has established itself as a major player and trendsetter worldwide when it comes to production trimarans. The Dragonfly is renowned in the world of sailing, in not only Denmark, but around the world, and with the ability to look ahead, we are heading for new horizons and future successes.

50 Years of modern boatbuilding – same family, same yard, and same concept – is something quite remarkable.

in August 1967 with the only aim to build trimarans in Northern Europe.

This is still the same building and production hall right next to the main office.

Production of hull No 1 at the yard, the trimaran Trident 28, designed by Børge, who at that time already had designed and built several trimarans in Vancouver in the early and mid-1960’s.

Børges mother Agnes is babtizing hull No 1. Jens is the small boy watching carefully, and, further to the right, Børge, Jens’ brother Eric, and Bent.

Trident 28 hull No 1 was sold, but no more orders came in to this still new and unknown trimaran concept. Therefore, Børge and Bent decided to go safe and designed a traditional double-ended fishing and leisure boat. The Luna 19 series started.

Fiberglass was still a new product for boats.

Børge could not forget about the Trimarans, and he and Bent started building several smaller experimental trimarans. The first one was the Trident 22, built in plywood and fiberglass.

Time was up to grow bigger, and the larger popular double-ended Luna 26 was designed and built and became very popular throughout the 1970’s – later also with a smaller rig, which was quite popular at that time.

This was certainly a time for experimenting with many designs also including 16 and 24′ trimarans.

Børge and Bent split up, and Bent started a new and more modern boat yard facility in Middelfart, building the at that time famous “Safir” powerboat range from 24-26-28 feet. Later, Bent played a major roll for the Swedish “Nimbus” powerboat range for development and production.

Børge started the first production trimaran range, the Trident 27 series, that later came in a very different version of beam and rigging construction, built in GRP foam sandwich and balsa core. Production went on up till 1979. Many of these boats were delivered only half completed for partly homebuilding.

Dragonfly 25’ (MK I) was put into production. This is a very important landmark in the company’s history because it marks the beginning of Quorning Boats’ successful range of production trimarans under the now well-known name of Dragonfly. Between 1980 and 1986, the company built 50 Dragonfly 25’.

Quorning Boats produced 11 of the smaller open Dragonfly 600 Daysailor, not folding. It was primarily the brainchild of Børge, who always took a special liking to the smaller boats.

Dragonfly 1000 Swing Wing went into production in 1991, and when it went out of production again in 2002, the company had built 41 boats. It was awarded “Boat of the Year” in USA in 1994, and the jury praised the boat for its construction. Reviews underlined the high performance and comfortable interior of this boat.

Jens Quorning became financially involved in the company in 1991, and by 1995 he was the sole owner of the company.

The Dragonfly 920 Cruising was introduced to the market at the “BOOT Düsseldorf” and became one of the very big successes for the yard. 168 boats built till 2008. The Dragonfly 920 was still trailerable, but had to be taken apart for transport. This boat was one of the early and first production boats to introduce Carbon mast as standard.

The new millennium gave introduction to a rather special boat at Quorning Boats. The Dragonfly 1200 Swing Wing is the largest boat ever in production at the yard.18 Dragonfly 1200 were built between the years 2000 and 2007, each boat built to the special ideas and demands of the owner. It as an Ocean Cruiser and the flagship of the company. Quorning Boats received the “Danish Design Prize” for the Dragonfly 1200 in 2001.

In 2003 the company came up with the Extreme version of the Dragonfly 920 Swing Wing. As the boat went out of production in 2008, 165 boats had been built in the three versions: Cruising, Racing or Extreme.

In 2006 Quorning Boats finished the first of the Dragonfly 35 Swing Wing, an Offshore and Ocean Cruiser made in the Touring or Ultimate version. This particular boat represents a new method of boat building. The company left the old method involving marking gauges, drawing paper, parchment, markers, a calculator etc. Now the technological era of boat building began. Jens’ good friend and colleague, Naval Architect Steen Olsen, plays an important role from now on as regards designing new boats. Today objects are made using a 5-axis CNC milling cutter. The process requires a floppy disk with the design, a large block of polystyrene and the cutter itself.  The first Dragonfly 35 was launched after 3 years’ development.

It is by far the most complicated boat Quorning Boats has ever produced with regard to the technics of production. It was a challenge to make the boat fit the 2.55m trailer width maximum, but this feature of course added enormously to the overall attraction of the boat. It comes in a Touring and a Sport version. It was nominated for “European Yacht of The Year” in 2010.

In 2016 Dragonfly 25 won the title ”European Yacht of the Year”. 3rd time Quorning Boats wins this prestigious title. Only few yards have achieved this. New production record of 52 new boats built in one year. In 2016 Dragonfly 28 Performance was also launched with new bigger wave piercing floats for more stability and faster sailing in stronger wind conditions.

Dragonfly 32 Evolution is nominated Multihull of the Year 2019 in the “Until 40 feet”-category.

Yet another milestone in the Dragonfly 28 production – Dragonfly 28, hull No 200 in 2019. Celebrating 30 Years of the Dragonfly Swing Wing system, which was designed by Børge and Jens Quorning back in 1989. Using this revolutionary system, the trimaran can be folded reducing the beam by more than 50% in less than one minute per side, using no tools and operating only from the cockpit.

World Premiere of the ALL-NEW Dragonfly 40 Performance Cruiser at the boot 2020 in Düsseldorf, Germany.

The Dragonfly 40 comes in both the standard Touring version with self-tacking jib, whereas the Ultimate version has a taller rig and overlapping furling headsail for higher performance.

Dragonfly have been celebrating the production of Dragonfly no. 1000. This is a huge milestone for the yard to reach. Since it all started back in 1967, which is 55 years ago, we have build what equals: 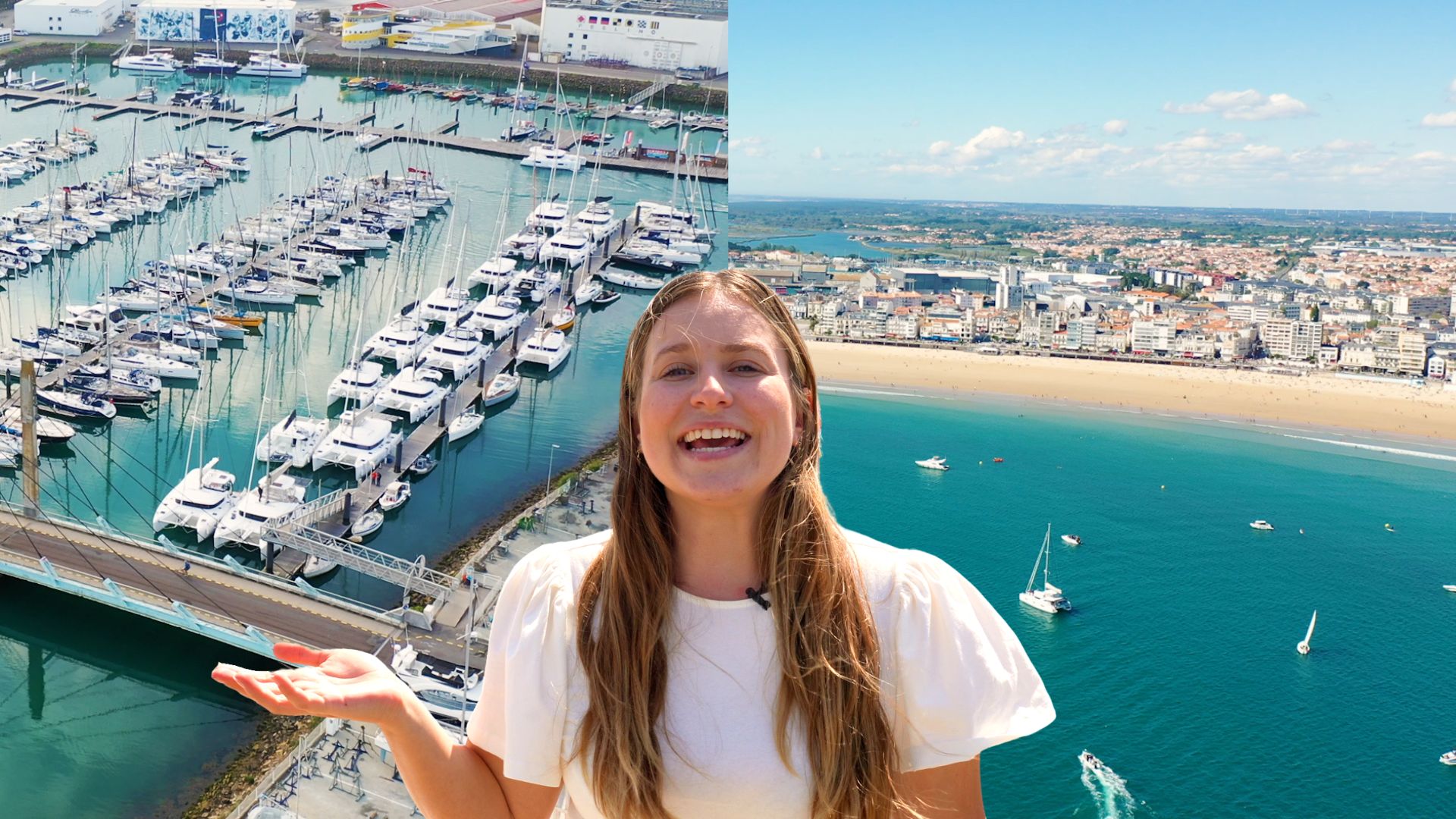 END_OF_DOCUMENT_TOKEN_TO_BE_REPLACED

Bordeaux is home to Lagoons ranging from 50-78 feet. Here is what to expect when picking up your Lagoon in Europe and what to do while in Bordeaux.

END_OF_DOCUMENT_TOKEN_TO_BE_REPLACED 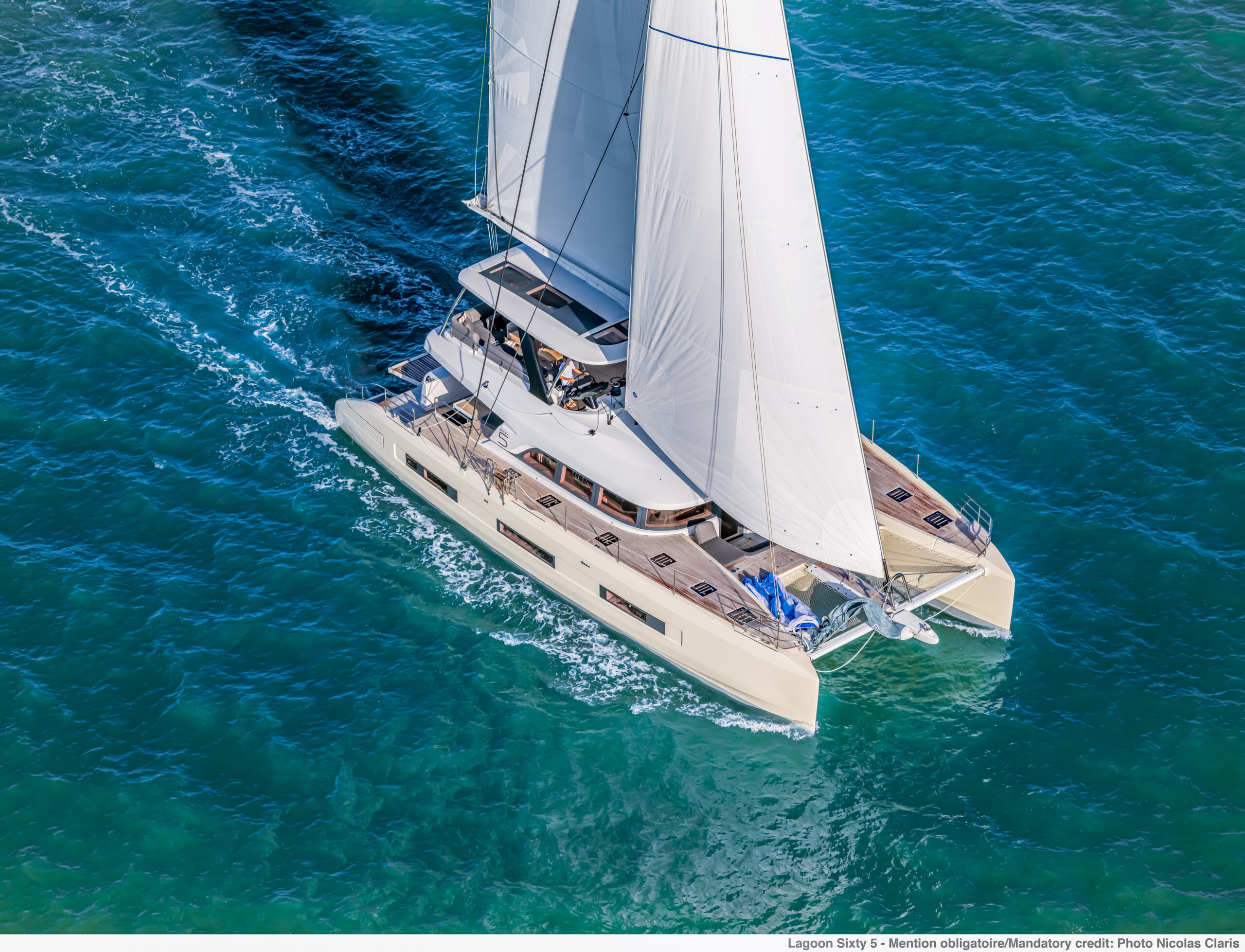 We walkthrough the luxurious Lagoon SIXTY 5 highlighting all the options available. With so many innovative new features and high quality finishings for those looking for a catamaran in this size, look no further than the SIXTY 5.